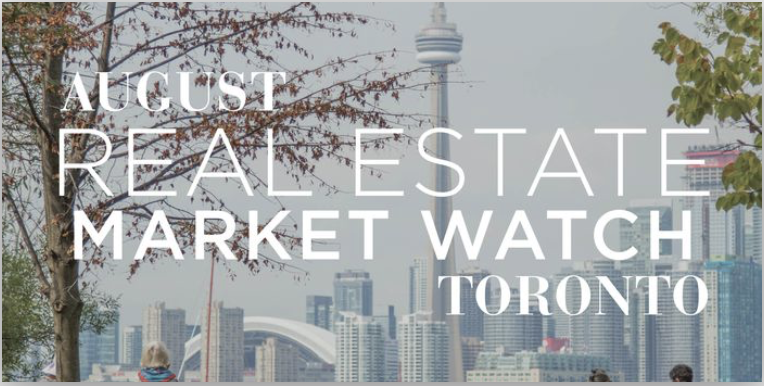 Market data for August came in as expected. Both the average sale price and the number of residential properties reported sold increased compared to August 2017. The average sale price for all properties sold came in at $765,270, or almost 5 percent higher than last year’s average sale price of $730,969. The number of properties sold compared to last year increased by almost 9 percent to a healthy 6,839 from 6,306 in 2017.The increase in property sales was slightly unexpected. The 905 region was particularly hard hit by the implementation of the 15 percent foreign buyers tax. Since April of 2017 sales in the region have lagged behind sales in the 416 trading areas. That was reversed in August. Of the 6,839 sales achieved in August, 4,398 occurred in Toronto’s 905 region. It appears that the 905 market has adjusted to the implementation of the provincial legislation.Although sales have clearly picked up in Toronto’s 905 region, sale prices continue to lag. For example, the average price of a detached house in the city of Toronto came in at $1,244,275 as compared to $907,780 in the 905 region. Similarly, semi-detached properties in the City of Toronto sold for almost $900,000, but dramatically less at $667,979 in the 905 region. Even condominium apartments in the City of Toronto out-priced sales in the 905 region. The average sale price of condominium apartments in the City of Toronto came in at $585,355 and at only $440,748 in the 905 region, although compared to last August average sale prices increased by 8 and 6 percent respectively in both trading areas.The high end of the market also showed some improvement in August, but marginal. Last August 132 properties were reported sold having a sale price of $2,000,000 or more. This August 144 properties were reported sold in this category. The bulk of these sales were detached homes,although there were 8 condominium apartments sales in the $2,000,000 plus range.In all categories, central Toronto properties continue to be the most expensive. Detached properties sales came in at $2,201,334. Semi-detached properties averaged $1,087,507, and condominium apartments averaged $662,059.
Listing inventories have increased compared to August last year. This August 12,166 new properties came to market, an increase if 6 percent compared to the 11,481 that came to market last year. As a result, active listings at the end of August were almost 9 percent higher than last year. In 2017 there were 16,419 properties available for buyers to view and purchase. This year there were 17,864.
A closer examination at the greater Toronto inventory indicates that it is overwhelmingly concentrated in the 905 region. Of the 17,864 active listings in the greater Toronto area, 13,056 were located in the 905 region with only 4,808 in the City of Toronto. Looked at from the perspective of months of available inventory, there are 2.6 months in the 905 region and only 1.9 in the City of Toronto. The same was true for new listings that came to market in August. Only 3,752 of the 12,166 new listings in August were in the City of Toronto. Interestingly, more than half of these new listings were condominium apartments.Unlike last year average sale prices are only occasionally exceeding the average list price. In the City of Toronto all sales came in at 99 percent of the average sale price and sold in 23 days. In the 905 the sales to list price was lower, with sales taking place in more than 25 days, on average. Buyers are more deliberate, unwilling to pay any price to secure a property. Sellers’ expectations have modified dramatically since early last year and are more aligned with that of buyers.The only trading area that has defied the changes that have taken place in the Toronto and area market place is Toronto’s eastern districts, especially those closest to the downtown core (Riverdale, Leslieville, and the Beaches), particularly semi-detached property sales. Sales in these neighbourhoods were all completed in 10 days on average, and all sales prices exceeded the average list price by 109 percent. At one time it could be argued that these trading regions bucked the norm because of affordability, but with the average sale price for semi-detached properties exceeding $1,000,000 that is obviously no longer the case. These neighbourhoods are simply some of the most desirable in the City of Toronto in their price point.During the last part of this year the market is unlikely to vary dramatically from what occurred in August. In fact, price increase and property sales will likely be even more moderate that those achieved this August. The increases of 9 percent (sales) and 5 percent (average sale prices) were high compared to August 2017, the weakest month following the implementation of the Ontario Fair Housing Plan in 2017. Going forward expect increases in the 3 to 5 percent range for both sales and average sale prices.
Prepared by: Chris Kapches, LLB, President and CEO, Broker
﻿